I Wanna See You Be Brave 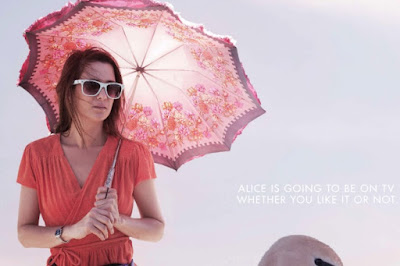 
It really bothers me when Hollywood doesn't do her research, especially about psychology which is already so misunderstood. But, despite the diagnostic confusion, I still enjoyed the movie, and it got me thinking about who is really crazy in today's society. Here's a hint: it's not who you might think.

One of the things that always strikes me about characters who are supposed to be mentally ill is how honest they are. They say things that most people's filters would catch and eliminate, or at the very least, dilute. Yet, heroines like Kristin Wiig's "Alice," are not concerned with what others think of her. She proudly wears socks with flats and tells everyone who will listen that she uses masturbation as a sedative. A "normal" person would never do either of those things, and while I'm not suggesting that they should, I am saying that I think we take the desire to appear well-adjusted way too far. 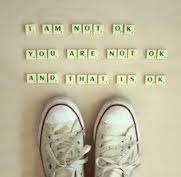 What would it look like if we answered questions honestly, instead of how we think the other person wanted us too? How would it be to get up in the middle of an uncomfortable situation and leave, instead of being polite and sacrificing our inner feelings? What would happen if we said no when we wanted to, and didn't pay attention to what society tells us to do?


Recently, I went against tradition and turned down an invitation to a family gathering that I knew would be incredibly stressful for me to attend. It was a new behavior for me, and I'm sure there are some who are not happy with me because of it. But it's come to my attention that, even though I've improved immensely, I still have the tendency to swallow my own needs in favor of pleasing others. And, at the same time, I'm realizing how much of my past did not serve me well. And so, from now on, I'm vowing to make decisions that are right for me, even if I fear the responses of others. I want to let go of the negativity from whence I came, and step into the light of the life that I've built for myself. I have my own family now, one that I made from scratch, and I finally feel that I am where I belong. So, instead of bending over backwards to please people who never really took the time to know me, I am now allowing myself to be free. 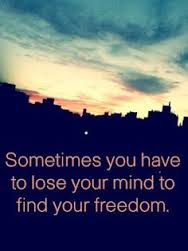 Free to love.
Free to live.
Free to say no when I want to.
Free to walk away from negativity.
Free to be me.

And just maybe, free to wear socks with flats.