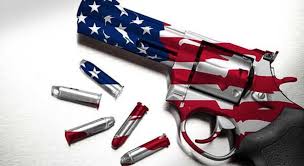 
In the moments when the anger about the gun debate fades, I am incredibly sad for ALL of the families of those lost in mass shootings. It feels so wrong, and so unjust when more and more families continue to experience these tragedies, in this, country, which is supposed to be the home of the free. I honestly can’t imagine the depth of their pain. And each day, I pray I never have to.
Posted by Unknown at 4:27 PM